Many businesses and marketing managers are worried about the new changes to Facebook Ads with the release of the IOS 14 update. One of the biggest concerns across the board is whether retargeting with Facebook Ads will remain viable and effective.

The driving cause that’s leading to this issue has to do with Apple’s new privacy policies. Possibly, the largest implication of the update is that it impedes certain tracking functions of Facebook Ads – such as retargeting – by disabling tracking for certain iOS users.

In this article, we’ll cover the changes brought by the update, the implications for Facebook advertisers, and how to approach the situation.

Is retargeting with Facebook Ads dead? Let’s find out.

Why Is the iOS Update Affecting Retargeting with Facebook?

So, what is it about the update that’s concerning Facebook advertisers? How is it affecting retargeting?

It all starts here. Let me introduce you to Apple’s app tracking transparency (ATT) prompt:

Apple is now requiring certain apps to show this prompt to their users. To sum it up, the prompt asks users if they are willing to allow the app to track their consumer behavior.

Before the update, tracking was always automatically enabled for every user. Now, IOS users will have to deliberately make this choice.

Although it may seem trivial at first glance, this lack of data will affect Facebook and its advertisers. Being able to track consumer behavior is essential to track the performance of ads. It’s also a critical element for many of Facebook Ads’ functions – targeting, retargeting, etc.

Most Apple Users Choose Not to Be Tracked

You may be wondering, how many users are accepting the ATT prompt? If all users were to accept, the IOS 14 update wouldn’t result in a lack of data for advertisers.

Unfortunately, this is no t the case:

According to Flurry, only around 10-15% of iOS users are accepting the ATT prompt. Although the exact figure varies greatly depending on the source, most studies are reporting a 3-15% opt-in rate.

This incredibly low opt-in rate is undoubtedly going to make retargeting more challenging. We will only be able to track a small fraction of all Apple users.

Apple’s new privacy policies will affect some regions more than others. Particularly, the United States will be hit the hardest by the update.

In the US, the most dominant mobile operating system by market share is iOS (59% market share), followed by android (40%).

Since Android will not be affected by the update, the impact in regions like Latin America will be minimal in comparison. The market share of Android in South America is an outstanding 90%.

Finding workarounds will be essential moving forward for businesses in the US.

Retargeting with Facebook Ads is impossible without tracking user data

Getting into the details, how is the update affecting retargeting?

Retargeting consists of showing multiple ads to the same user throughout time. Without tracking, it’s impossible to identify a user. It’s also impossible to know how they are reacting to your campaigns.

Retargeting is a practice that relies on user data. As such, it is affected by the update. Targeting and conversion optimization also rely on user data, which means it will be more difficult to optimize ads and display them to the right people.

For advertisers in the US, it’s particularly important to take measures. Finding workarounds to gather data outside Facebook is going to be critical moving forward in order to retarget effectively.

Digital marketing is always changing, so start by adapting your strategy:

Although retargeting with Facebook will now be more challenging, adapting to the situation will give your business an edge against competitors that aren’t as prepared.

Working with a marketing agency that stays up to date with the latest trends can help your business move forward in the right direction. A Guide to Write a Good Press Release. 5 Must-Haves

Press releases are still one preferred communication tool for marketing communications managers. Yet, many professionals fail to use them, launching promotional texts editors don’t care about. I want to share...

END_OF_DOCUMENT_TOKEN_TO_BE_REPLACED Over the last decades, mobile devices have evolved dramatically, and the latest generation of phones provides more computing power than the average desktop or notebook computer. 68.1% of all website traffic...

END_OF_DOCUMENT_TOKEN_TO_BE_REPLACED 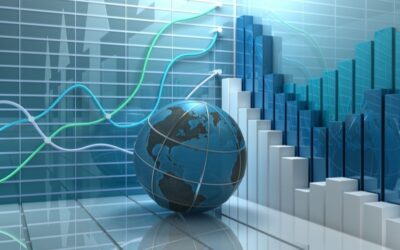 One of the most exciting moments in marketing is when you receive that message from your VP of marketing tasking you with your brand’s GTM (Go-To-Market) plan for a foreign territory. Then, you begin your...

END_OF_DOCUMENT_TOKEN_TO_BE_REPLACED A few months ago, we had a call with a promising prospect: the marketing director of a technology corporation who was desperately looking for strategies for lead generation in B2B marketing. The conversation...

END_OF_DOCUMENT_TOKEN_TO_BE_REPLACED Core Web Vitals: What You Need to Know

Google is rolling out a new update to provide better search results and improve the user experience. The update will introduce a new set of ranking signals. Preparing for this update will ensure that your web...

END_OF_DOCUMENT_TOKEN_TO_BE_REPLACED My Five Tips To Engage The Hispanic Construction Market

Endless rivers of ink have been written about the importance of engaging the Hispanic market, and it makes sense given the purchasing power and the consumption trends easily attributable to this group....